IPL 2020 Points Table: IPL 2020 has begun rather grandly on September 19th. It is already getting very exciting to see the eight teams fight it out in the field. As the tournament progresses it will be more and clearer as to which teams will make it to the knockout round. However, as of now, every team has played two-two matches and Rajasthan Royals is leading the IPL points table with 4 points and +0.615 NRR. Rajasthan secured these points by winning against Chennai Super Kings & Kings XI Punjab. 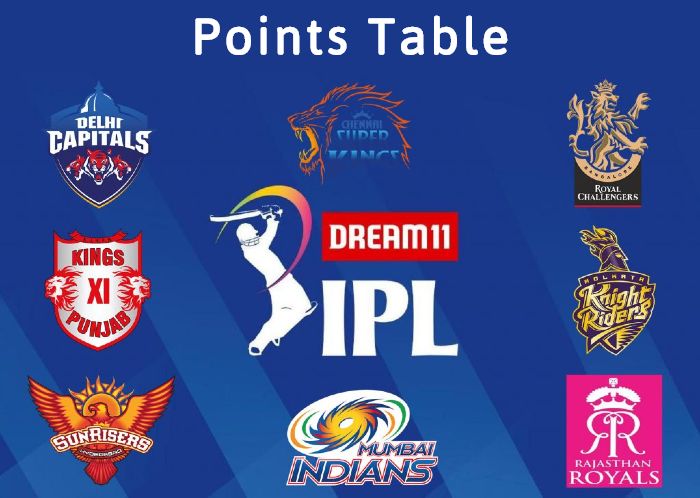 RR is followed by DC in the points table again with 4 points and +0.483 NRR, thanks to their win against KXIP who is on 4th rank in the current IPL 2020 team standing. RCB is at the 3rd position with -1.450 NRR and 4 points that it won against in the match with Mumbai Indians who have to satisfy themselves with 5th position on the points table as of now. The following is the IPL Points Table with full details of the teams’ ranks and points.

The IPL points table will give you the details about the ipl 2020 teams standing. For the complete and extensive details of the results of all the played ipl 2020 matches till now this season, do look at the above points table.

Keep a track of the points table of the IPL 2020 season to see the progress of the teams and tournament as a whole.  The points from these matches will decide which teams will go forward in the competition and which ipl 2020 teams will go home in the first round itself. A total of 60 matches will be played in the tournament.

Powered by IPL Live Stream. All Right Reserved.
We use cookies to ensure that we give you the best experience on our website. If you continue to use this site we will assume that you are happy with it. OkPrivacy policy